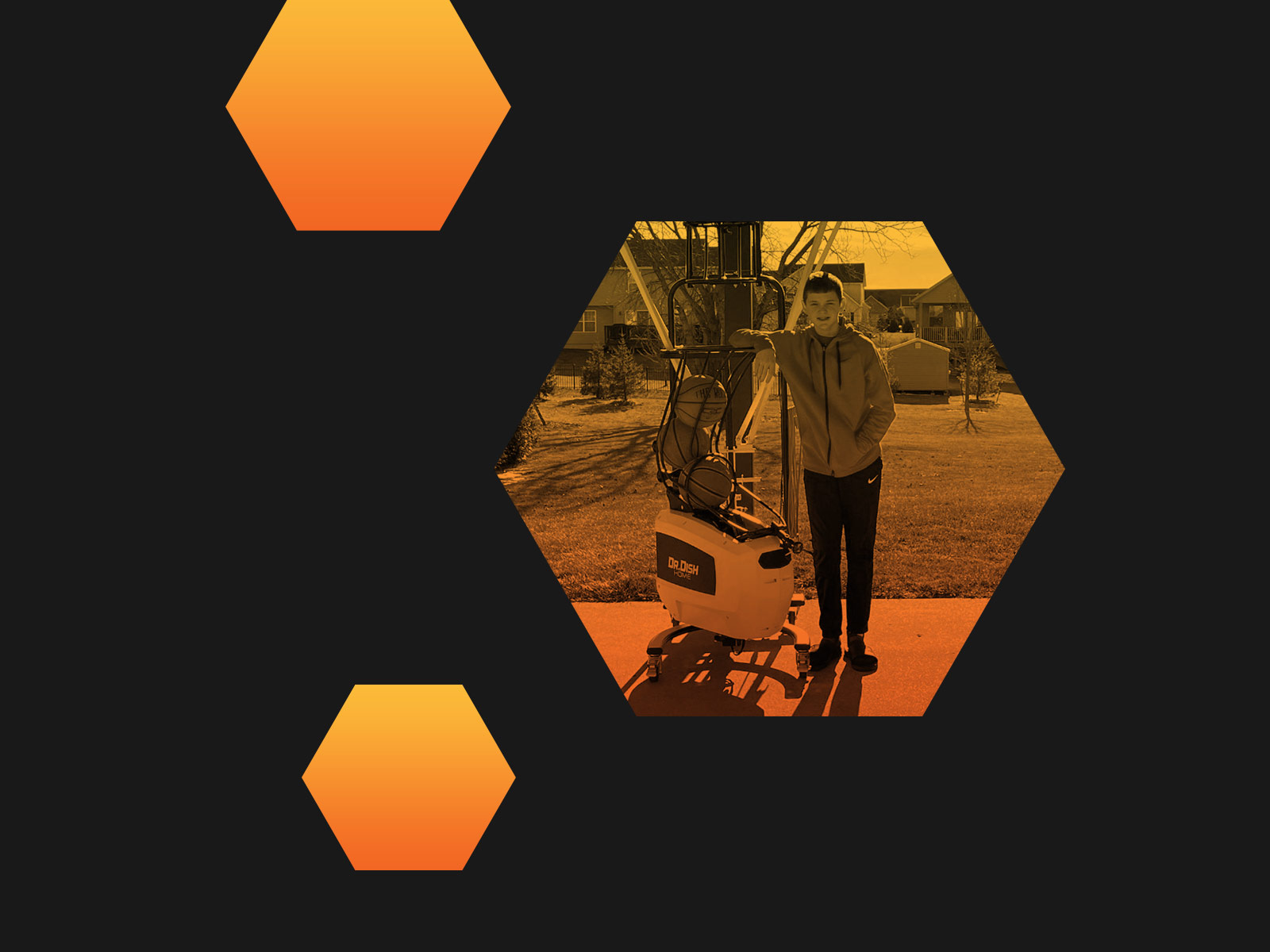 For the Taylor family, basketball is a major part of their life. Noah (13) has been hooping for as long as he can remember. “As young as 3rd grade, we’d been playing traveling basketball. Our town of 3,300 people has a travel league. We used to play other local teams in the winter nearby,” recalls Noah’s father Allen. When they weren’t playing travel basketball, they were working on their game.

“We would be at the local gym every night, trying to get shots up. We’re competing with 10 other people on the court trying to get floor time. Basketballs bouncing all over the place, everyone else trying to get shots up on the same hoops. In the back of my mind, I was always thinking about how much I’d love having a rebounding machine, how much easier it would make things. The problem was, price wise, the automatic machines weren’t really realistic,” said Allen.

During the summer, Noah was doing everything he could to level up his game. He remembers attending camps at a number of different colleges, and even a Harlem Globetrotters event. At one summer camp in 2019, the players were challenged at the end to record their shooting stats. During the session, Noah made around 60% of his shots. This put him ahead of other players in his age group, but not exactly where he wanted to be. 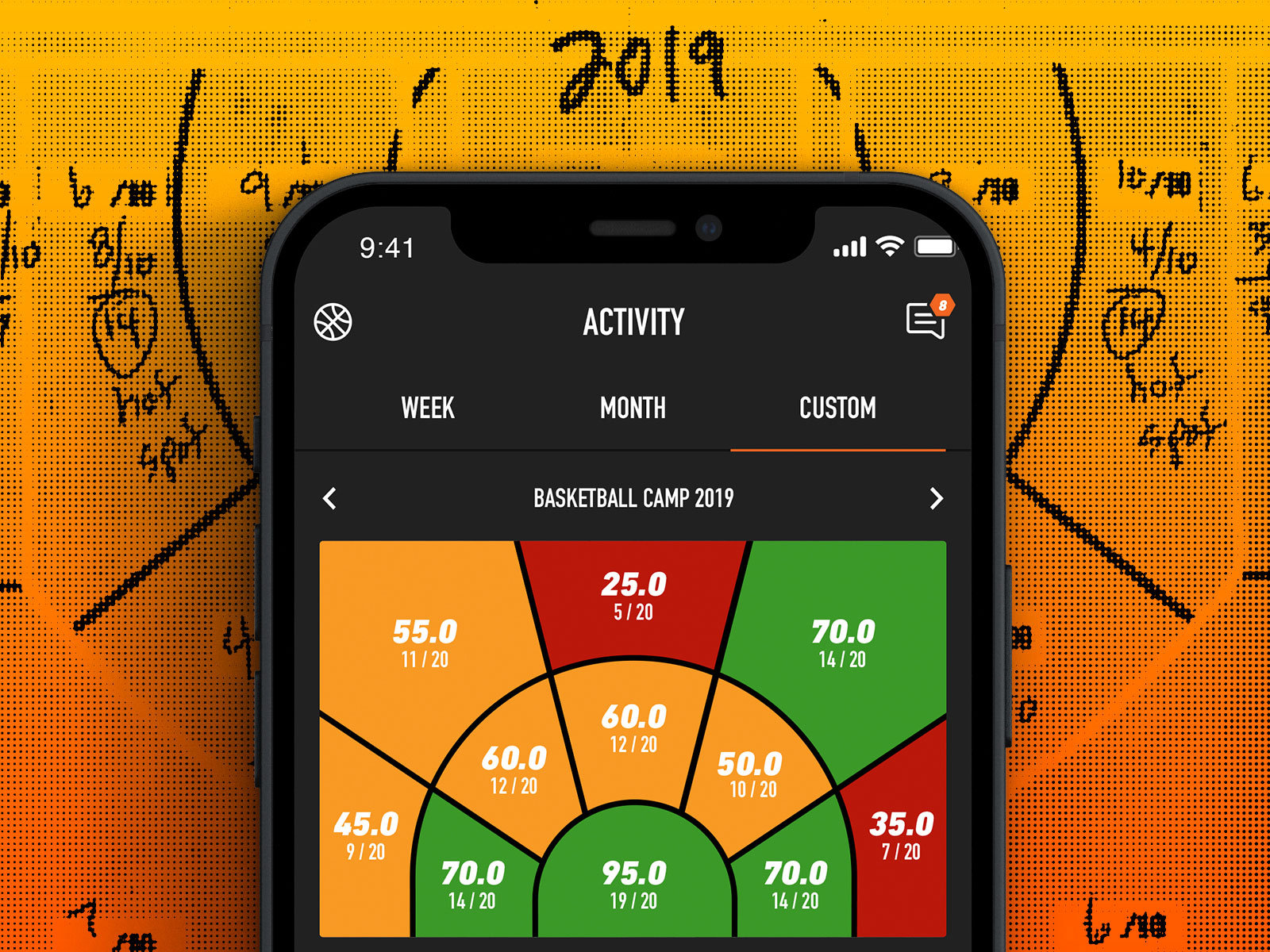 Fast-forwarding to the spring, Allen found and Noah found their solution. When Allen found the Dr. Dish Home, he knew it was exactly what he had been missing. What he didn’t know was how much his family's world was about to change. “Once COVID hit, everything was locking down. All of a sudden, the kids were at home all of the time. They were doing school remotely, they had extra hours on their hands. Really, the machine could not have arrived at a better time.”

With all of this extra time, Noah was ready to put in work. Taking after his favorite NBA player Zach Lavine, Noah decided he would put up 500 shots up per day, to “stay ready."

“I was home all day long. I had tons of extra time on my hands after school. I would finish my homework as quickly as I could, and I would go outside and shoot. Every day for at least an hour, sometimes, 2, 3 hours I’d be outside shooting. Every time it was at least 500 shots, sometimes up to 2,000 reps.” When asked, Allen estimated that Noah has gotten somewhere between 50,000 and 75,000 reps up in the few months that they have had the machine. 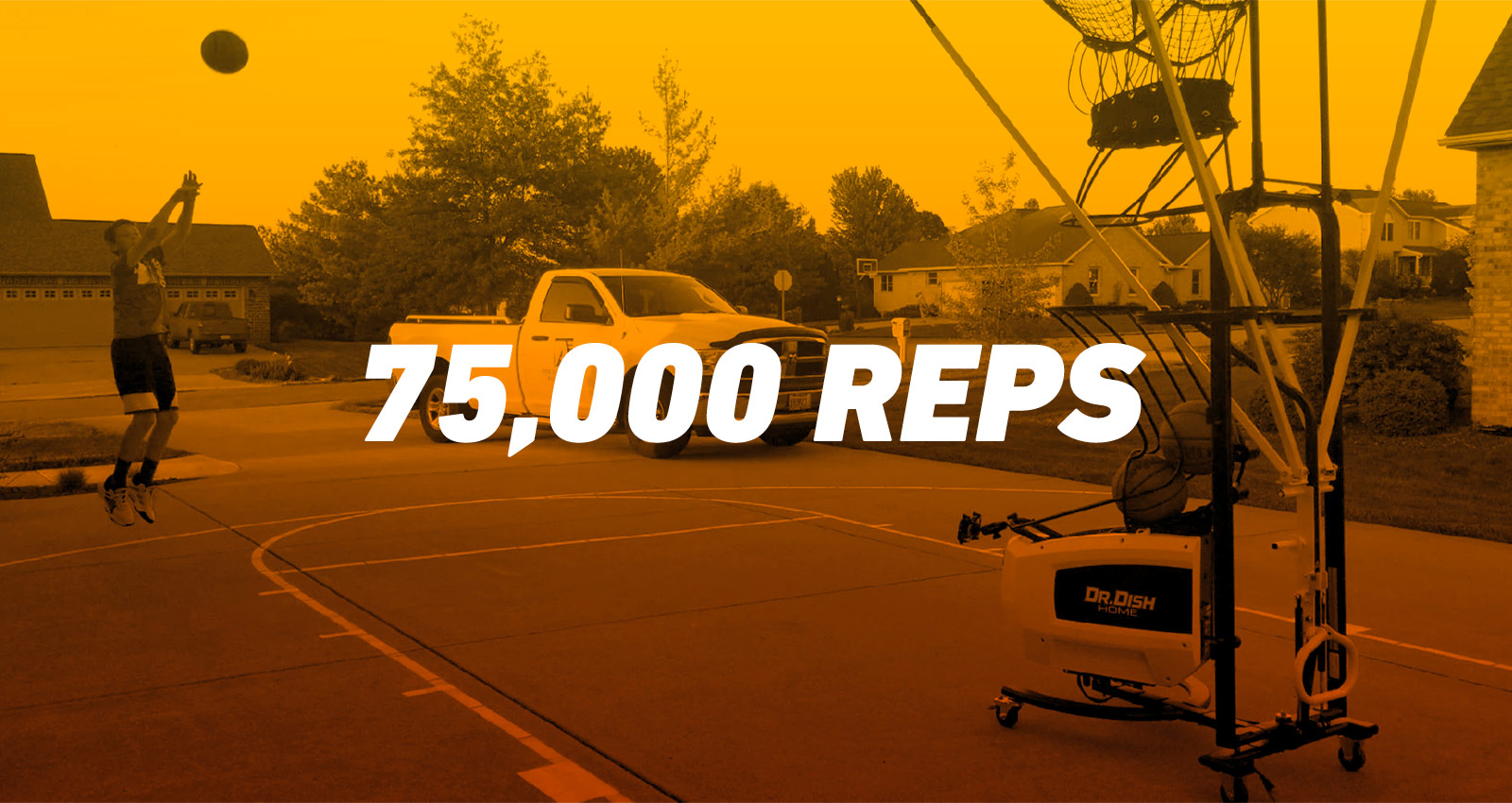 “It has been a godsend. The kids had the summer off, there was not much going on. They had all of this extra time on their hands, and it really gave them something to do. Not just for the kids, but for our whole family. There were a lot of times where my wife and I would go out with the kids and shoot. We’d program the dish to 4 spots and have shooting competitions as a whole family.”

THE DIFFERENCE A YEAR MAKES

At the end of the summer in 2020, Noah returned to one of his yearly camps. This was the camp where shooters were challenged to record their shots at the end. This year, Noah was on a mission. “He made 19 of his first 19 shots from 3. I remember the camp director saying to me...this is crazy, I have never seen kids in High School shoot like this, and he’s in 8th grade,” recalls Allen.

At the end of that camp, Noah was labeled as an “elite shooter” with an 81% shooting percentage, well above players of his similar age. The camp director highlighted Noah’s story, as an example for what all those reps can do in a short time. 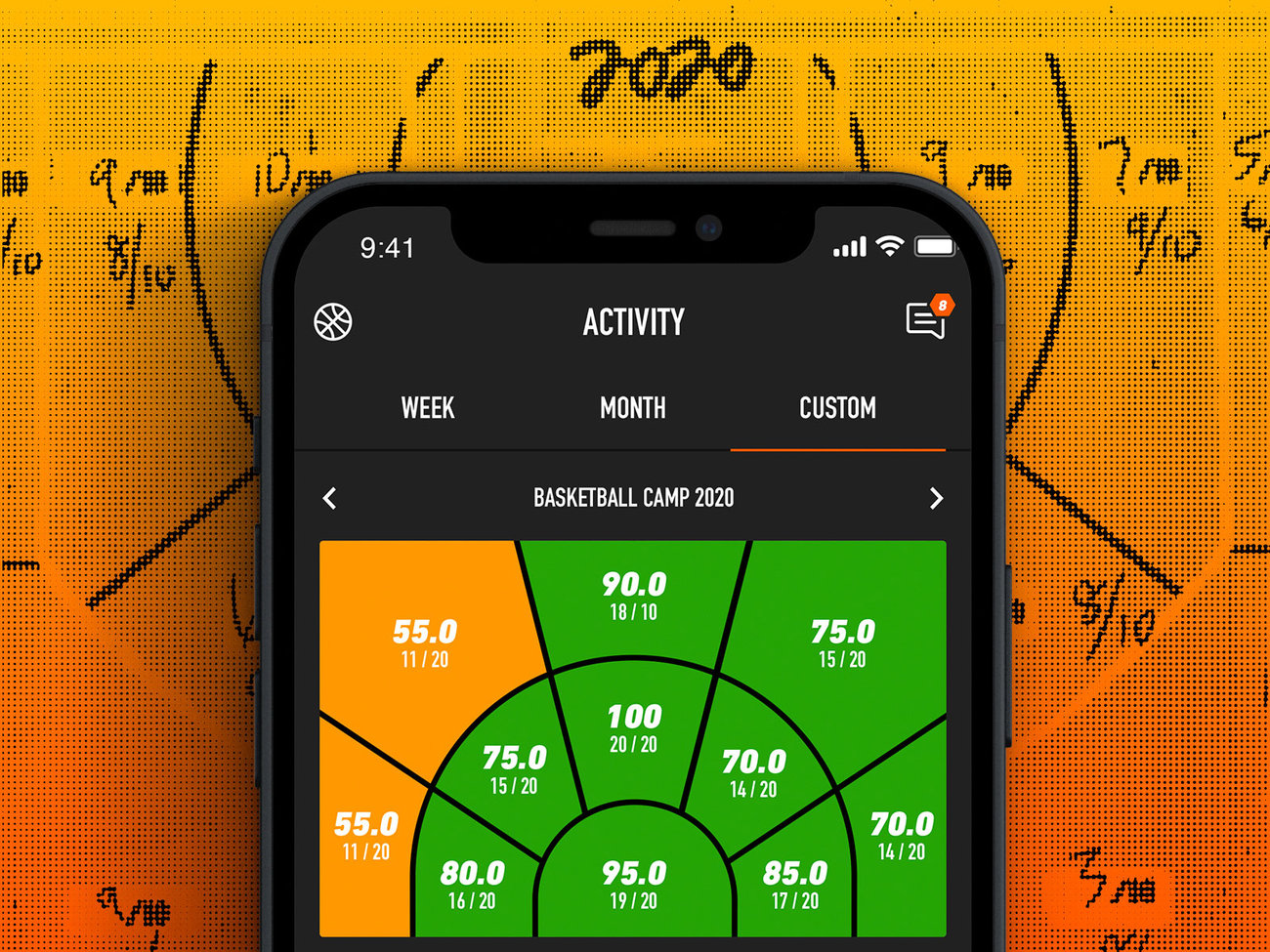