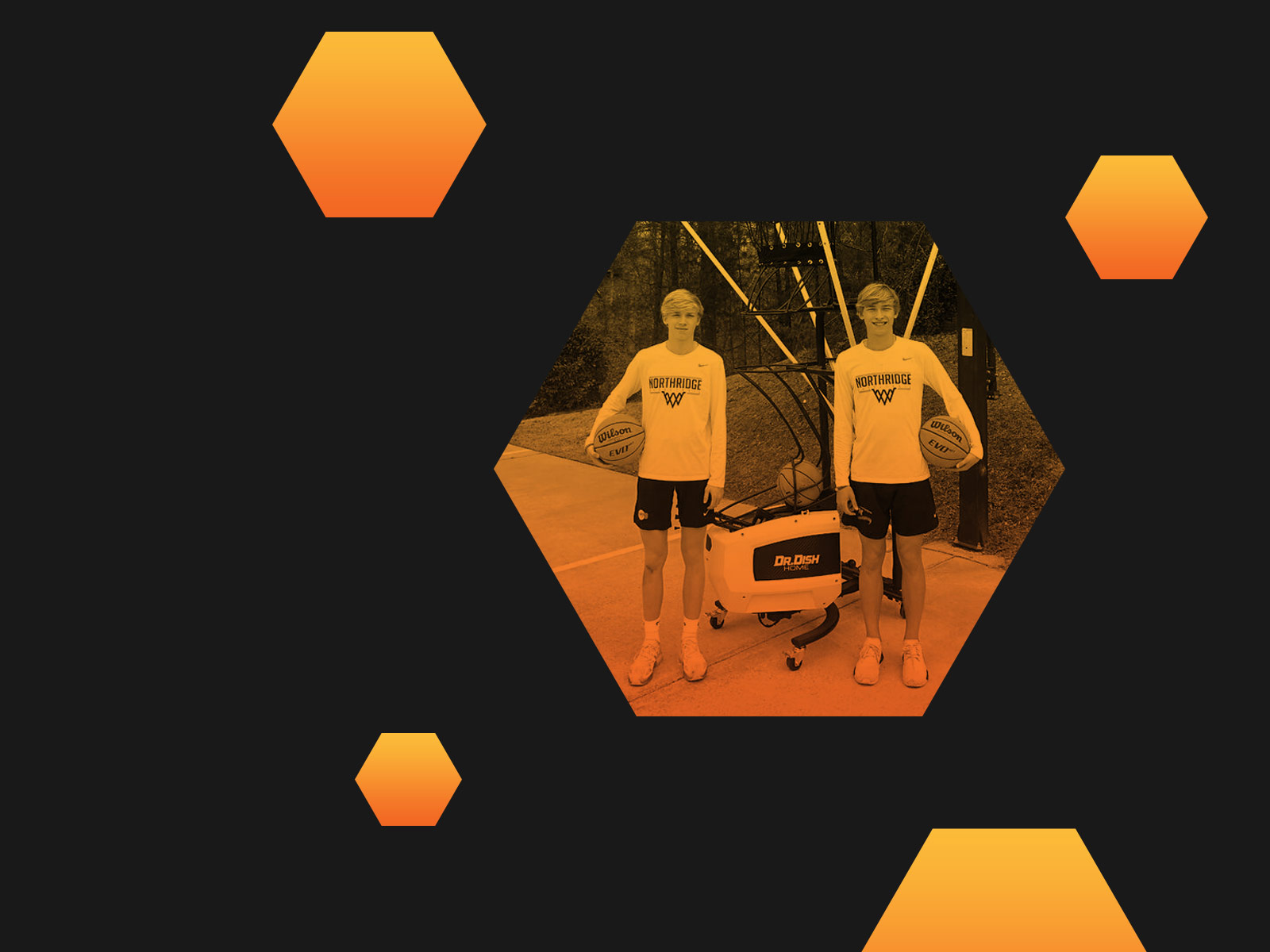 At Dr. Dish Basketball, we always love connecting with our users to hear how our products are helping build legacies. Read this story of how one Alabama family is using Dr. Dish Home to pursue their love of basketball.

Living only miles away from the University of Alabama, the Wilkin Family lives and breathes sports. Brett and his two sons Jonas (15) and Anderson (13) have been playing sports their whole lives.

“My wife Katherine and I always say, we want the kids to do what they love. When they were younger, we encouraged them to try things. No matter what they tried, they always came back to sports.” 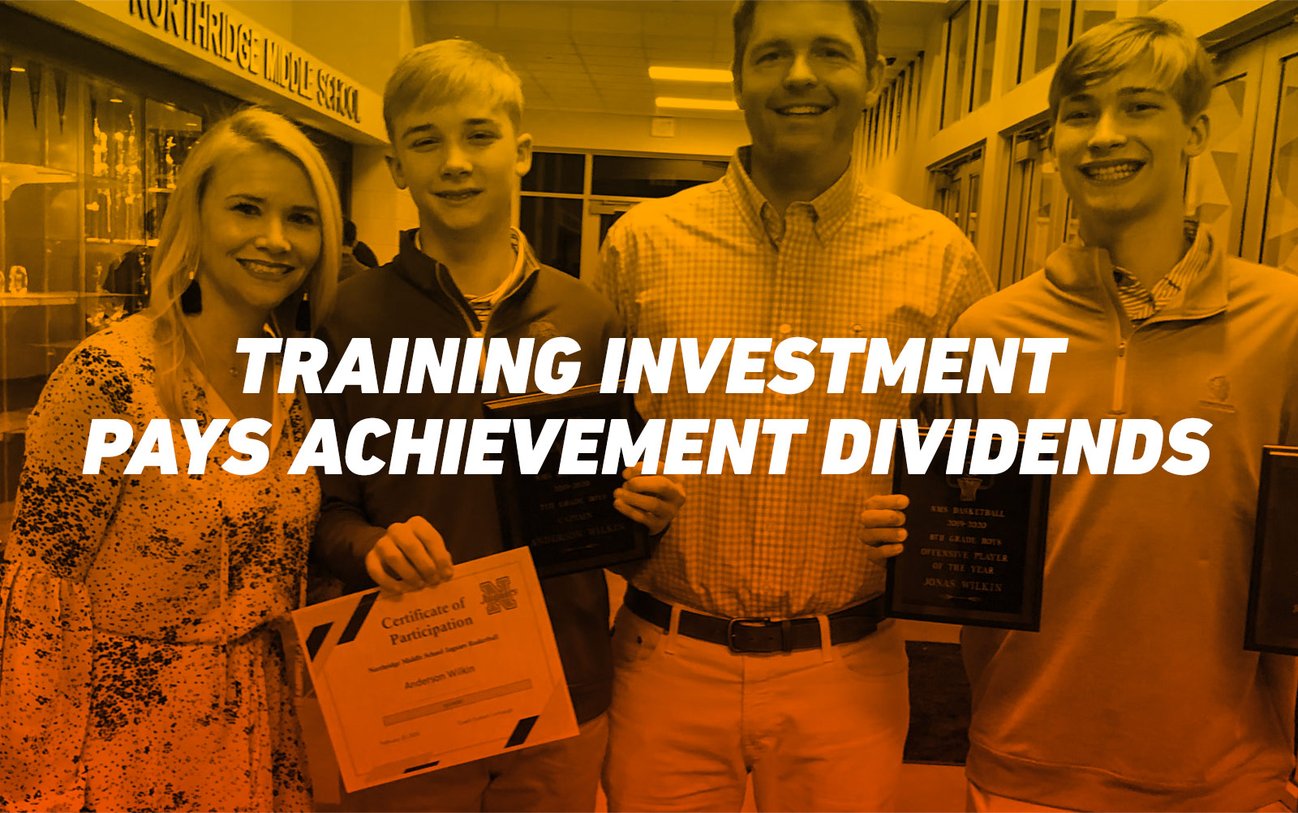 Residing in Tuscaloosa, they are only minutes away from the powerhouse football program led by Nick Saban. The Crimson Tide have won 6 National Championships since 2009. With that, the Wilkins boys have seen a lot of great football in their backyard. To Brett’s surprise, their love and commitment to basketball has never wavered.

“We live right down the road from Alabama’s football stadium. The boys played flag football, and had a ton of success. It didn’t matter. Basketball has always been in a league of its own in terms of their love for it.”

With his boy's love for basketball, Brett and Katherine wanted to invest in their growth. In 2017 they purchased the Dr. Dish iC3 shot trainer. The iC3 allowed the boys to get hundreds of shots up on their own, without either of them having to chase around rebounds and missed shots. The iC3 led to nearly immediate improvements, getting tons of use.

“We got a used iC3 from one of the Alabama Basketball coaches. The boys used that thing ALL the time. We saw they we’re getting better, and kept committing to practicing. “

THE GIFT THAT KEEPS ON GIVING

While the iC3 was making a difference, the Dr. Dish Home  caught Brett’s eye in late 2019. Seeing that his family was using the iC3 constantly, he knew the boys would love having an automatic machine at their house. He decided to invest in their future, and purchased the Home machine as a Holiday present for both of the boys.

Now, more than one year later, Brett is seeing the returns on that investment.

“At one point, they were shooting over 50% from the 3-point line. They've both grown so much. I always tell the boys, you will reap what you sow. Not just in basketball, but in life. I want them to realize that your work has to match up with your goals.”

The Wilkins are not very active on social media. Typically, Brett is not encouraging his boys to be constantly posting videos of their training. He believes that hard work will eventually be noticed without having to try for it.  However, they did post one video of Anderson working out on the machine. The video below ended up being featured on our Dr. Dish Tik Tok page, going viral with over 1,200,000 views.

bUt cHasIng YoUr REbouNds bUilDs cHaraCTer 🥴

Instead of rebounding for one another, now Jonas and Anderson train together at the same time. They frequently work out together on the Dr. Dish Home and help push each other to work harder, and to take their games to the next level. 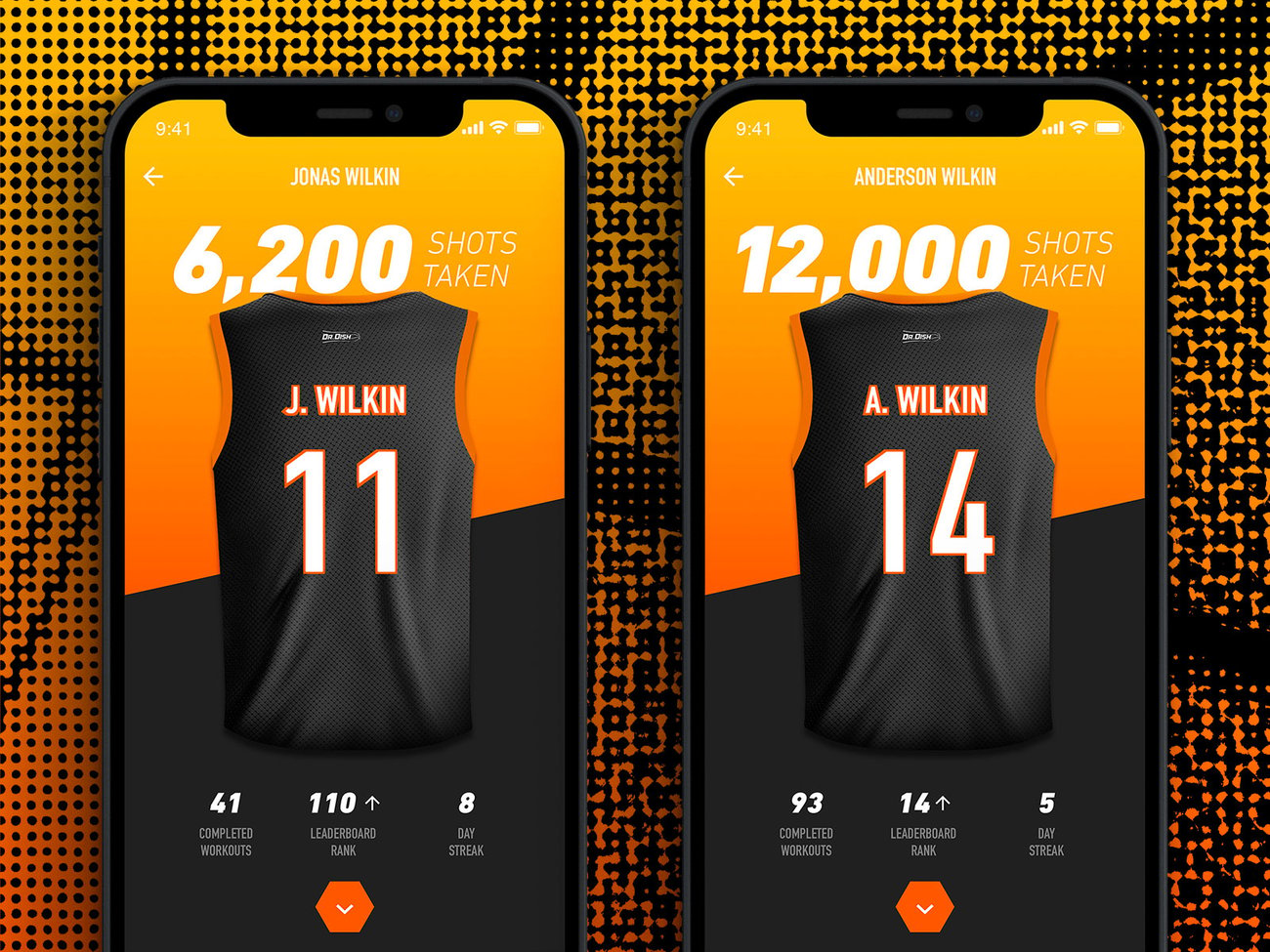 Both Jonas and Anderson are playing on high-level AAU teams, in addition to school ball. Jonas plays for the Alabama Celtics, and averaged nearly 20 points per game last season. Anderson plays for the Steel City Gators, out of Birmingham Alabama. Steel City is one of the top AAU teams in not only Alabama, but all of the nation.

In school basketball, Jonas played on the JV team as a Freshman, while Anderson played on both the 8th and 9th grade teams throughout the year. The boys have won accolades for being offensive MVP’s of their teams. From a family standpoint, the highlight of the year came when both boys played on the same Freshman team in a game late in the season. It was a memory that Brett will never forget. 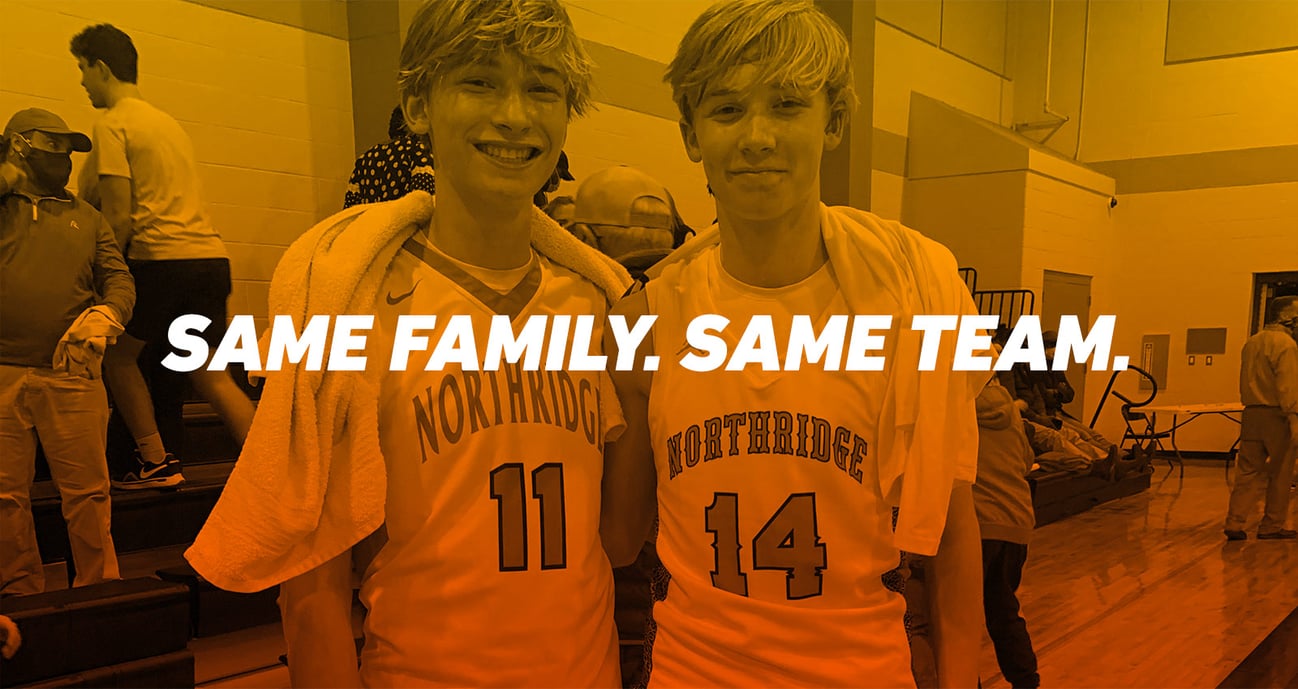 “I coached both of the boys growing up. It was constant activities with games, practices, etc. Now, I am no longer a coach, I am just Dad. Seeing them both on the same team made me incredibly proud. I look forward to more years of that.”

While the boys are not active on social media, they are still getting recognition for their game. Future150, a national Basketball Recruiting page, has highlighted both of the Wilkins boys on their page, mentioning their lights out shooting. See the post about Jonas below.

What is next for the Wilkins family? College hoop dreams are in the minds of both boys. But, from there, they have different visions.

"Jonas and Anderson would each love to play college basketball. Likely to keep playing as long as they can. They've both mentioned the goal of winning a state championship as teammates. From there, Jonas has even mentioned coaching whenever his playing days are done!"

Are you looking to join Jonas and Anderson as members of the #DrDishfam? Click here to get pricing on all of our machines.

These Stories on Dr. Dish Home