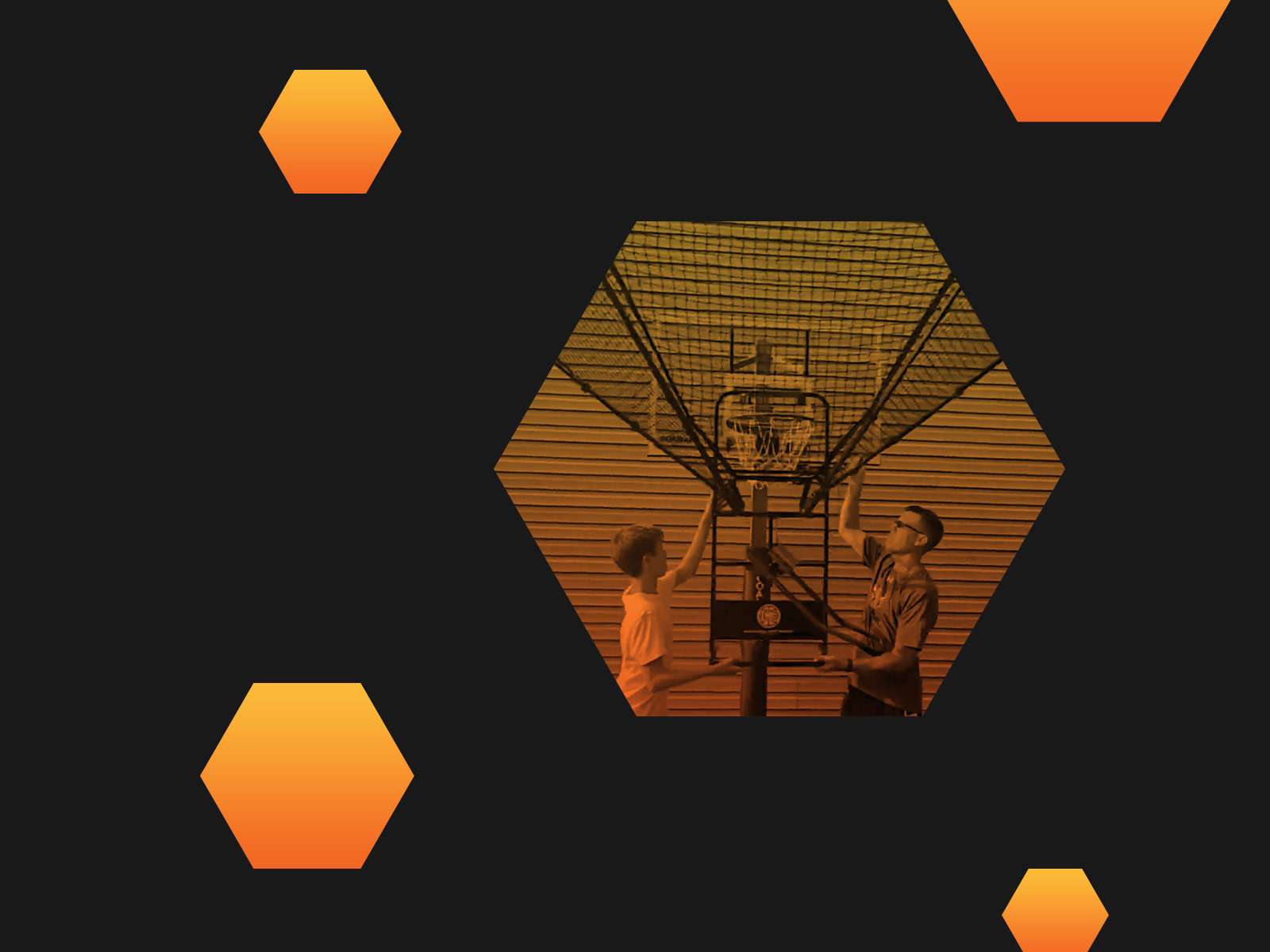 Like many hoopers, Jordan Hunt never remembers a time a basketball wasn’t in his hands.

“I still have a mini hoop,” recalls Hunt. “It probably started at like four feet [with] those little basketballs…and ever since then I just kept playing.”

While she never pressured her son to play, Jordan’s mother, and AAU coach, Amy, saw his passion for the game right away and had a front row seat to just how early he would take an interest in the game.

“It was something to do. He did it in the kitchen after dinner every night, says Amy. “He would just throw the ball unsuccessfully. So I'm sure somewhere between probably 12-18 months [he first picked up a ball].”

The Pennsylvanian carried that early passion for the game into organized basketball. Amy was the coach, and it became apparent that this group of boys, Jordan included, would go on to have a lot of success together on the court.

An undefeated seventh grade year led many of Jordan’s teammates to play AAU ball, but he didn’t play. Combine that with not hitting the same growth spurt as many of his friends, and Jordan began to fall behind in terms of getting on the floor and carving out a spot on the team.

“I had harder times getting more playing time,” says Hunt.

Those struggles continued from eighth grade into high school, as more time on the bench impacted not only Jordan’s confidence, but his development as well. 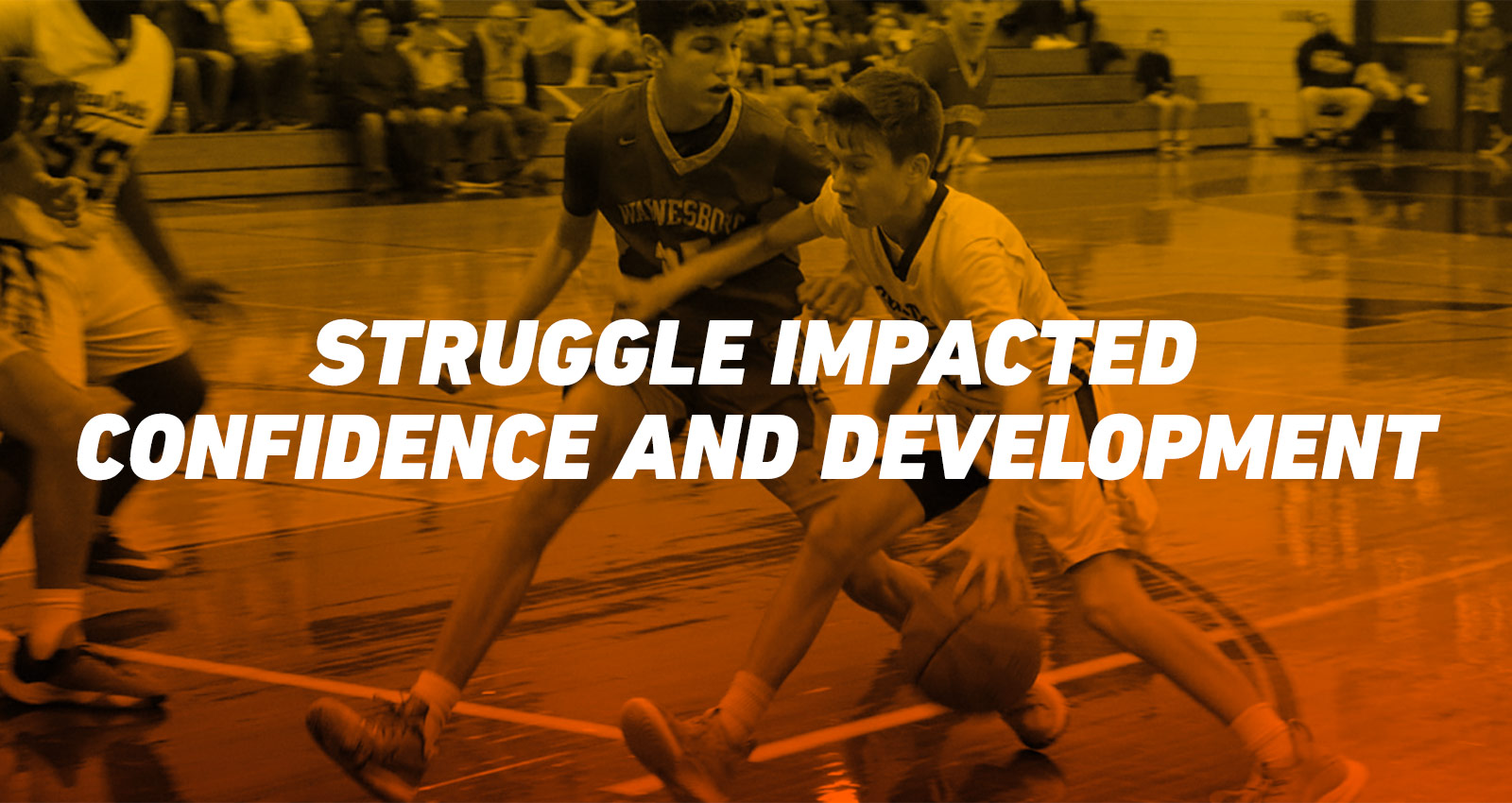 One day, while at a family friend’s house, Jordan saw they had an iC3 for their basketball hoop. He was given permission to shoot on it and immediately began to take more interest in training and working on his shot.

Soon, Jordan began persistently asking his parents if they could take him over to their friends’ house to shoot.

“We went over and tried it out…and after a few times liking it, [my parents] talked about getting it, and they did,” explains Hunt.

That purchase would go on to completely transform Jordan’s basketball career. Instead of spending energy chasing rebounds, the iC3 allowed Jordan to focus on getting shots up. The more reps he was able to put up, the more consistent his makes became, which in turn increased his confidence. 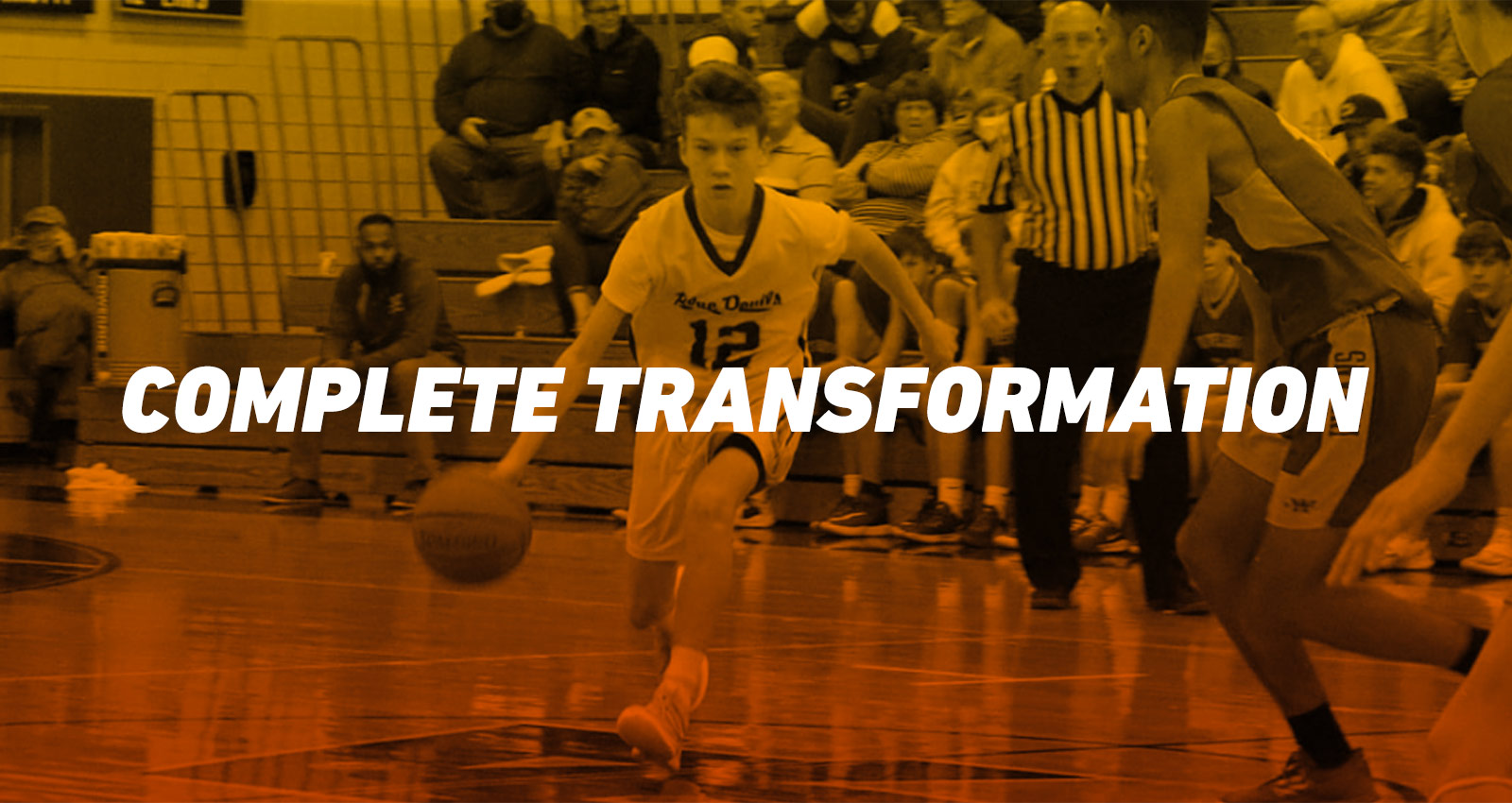 By the spring, just a few months after getting the product, Jordan saw a vast improvement in his shooting percentage, consistency, and range, which spring boarded him into an all-important AAU season.

Jordan’s belief in himself and consistent shooting translated into more opportunities to play, as he went from riding the bench in his eighth-grade season to getting varsity minutes in the summer between his freshman and sophomore seasons.

Then, with his team in need of someone to step up in a big spot at the end of a game, Jordan gave himself the chance to shine. The team just recently hired a new head coach, and he asked the squad a point-blank question.

“We're all standing there in the huddle. And he says, ‘well, who's the best shooter?’” Jordan recalls. “Everybody looked around and nobody raised their hand. So I was like, ‘well, I'm probably a top three-point shooter on the team.’ So I raised my hand.” 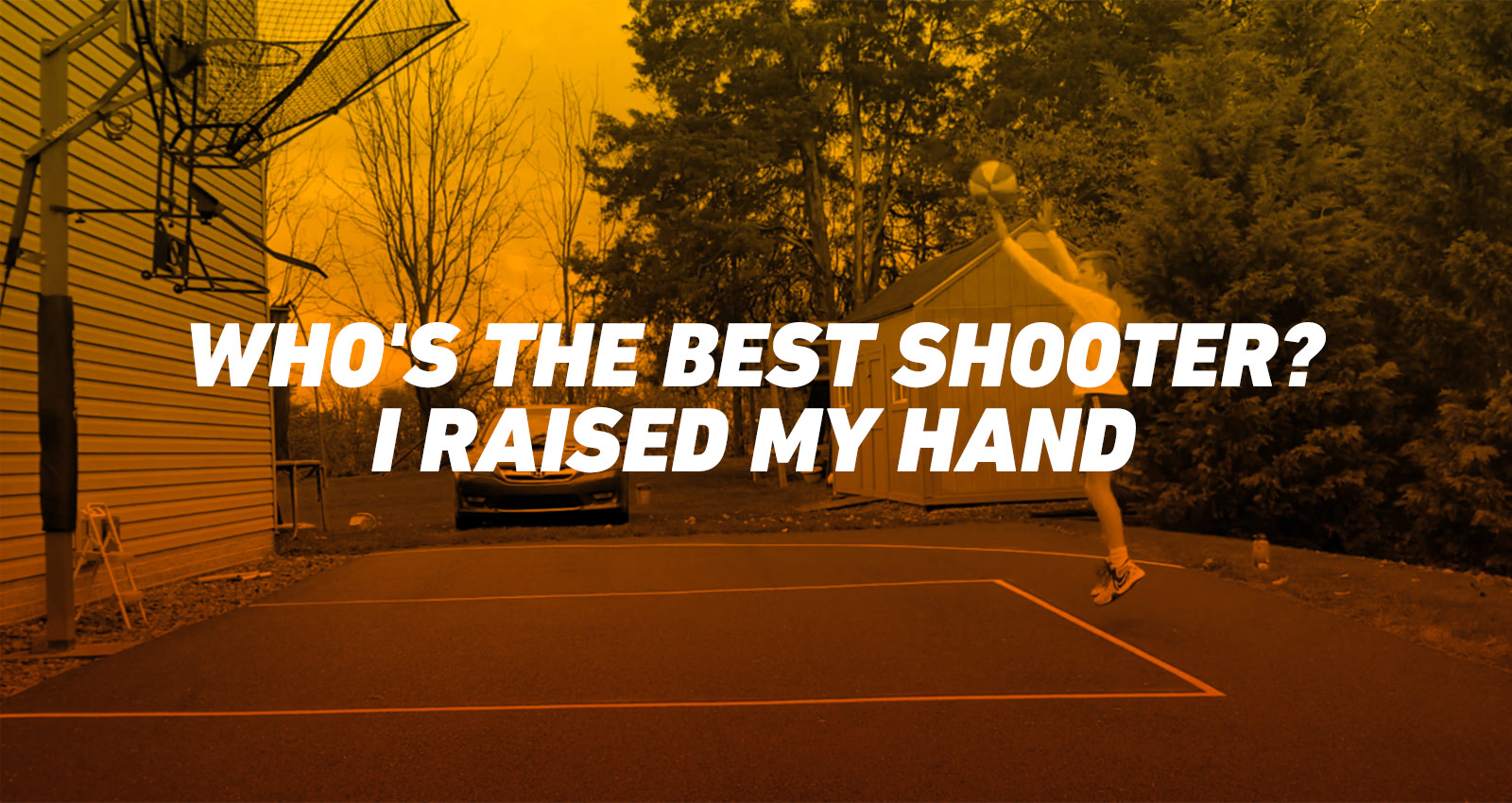 The Ultimate Vote of Self-Confidence

You can probably guess what happens next. The play’s drawn up, Jordan catches and immediately lets a 3-pointer fly, and he drills it. His team would go on to win, and Jordan’s days of riding the bench were officially a thing of the past.

Although Jordan fully understands what may have happened had the shot not gone in.

“After I shot, I realized, ‘oh, well, I definitely should have made that because I raised my hand.’”

That consistency and confidence continues to increase with each passing day Jordan trains. Fresh off his sophomore season, he’s become one of the team’s leading shooters from beyond the arc at 48% (38-for-79).

“I had a lot more range than [in] 9th grade,” says Jordan. “I was more consistent with my shots.” 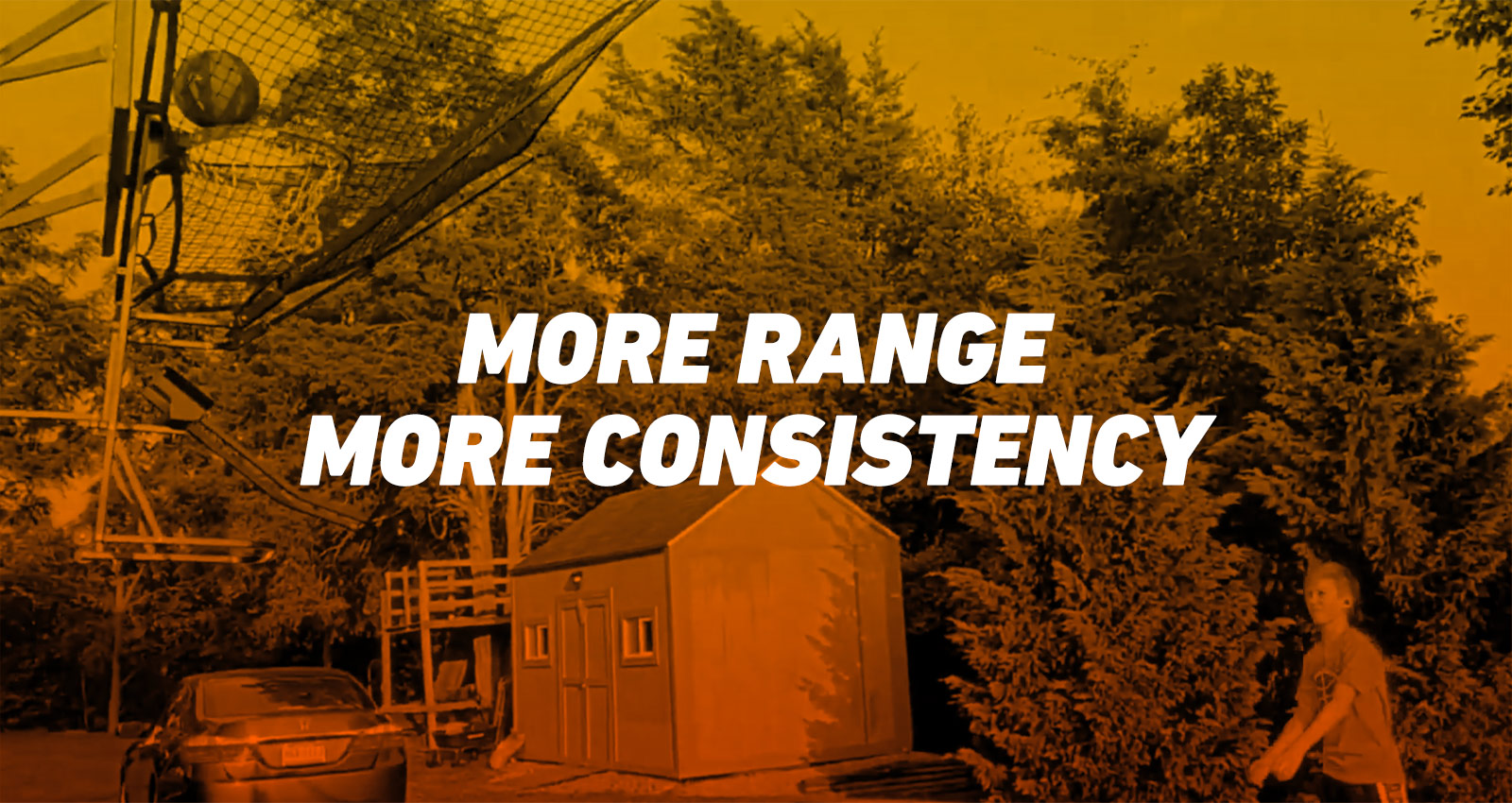 Getting the Most Out of Training

So, what does Jordan do with the iC3 to maximize his reps and consistency? While it’s not one of our full-fledged shooting machines with automatic rotation or passing, with a content library, etc., there are still plenty of different drills and ways to utilize the product.

You can use up to two balls at once and swing the ball ramp 180 to shoot from any angle on the floor. Both are features that Jordan loves and utilizes each time he shoots.

“I usually start off with some form shooting, and then that gets me nice and warmed up,” explains Jordan. “Then I go to one ball and make a move or two, and then for a pull up, and then I'll usually go to a two-ball at one spot and just get a bunch of shots up from that same spot and do that all the way around.”

So, here’s the big question: Is the iC3 worth the investment?

According to Amy, it’s a no-brainer.

So many parents spend, let's say, $150 on sneakers, hundreds of dollars on AAU teams and getting clothing and apparel and this and that. Your kid can go in the driveway, shoot on an iC3 and get way better, like over the Pandemic like he did, and get way better in his backyard than traveling 5 hours sitting on a bench on an AAU team. That's the perspective…we took at the time, so we invested that money, and it was certainly one of the best investments. Even if he doesn't play tomorrow, it has really proven to bring out a lot of different characteristics of what's inside him.”

“So it's not just about basketball.”