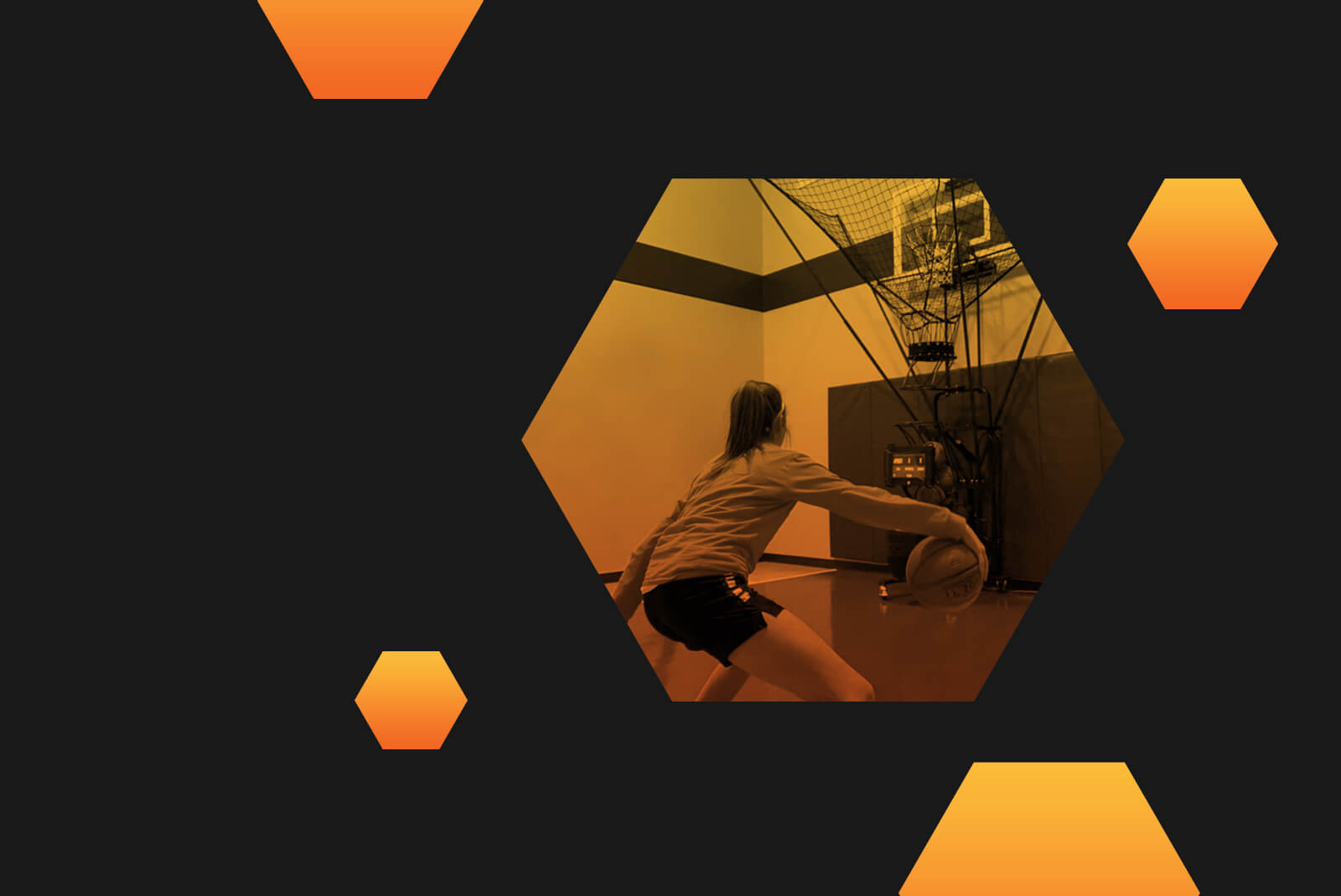 Ella is the oldest in her family and the first to pave the way for her brother in sports and life. She began playing basketball casually at the YMCA in kindergarten. She continued to play casually until 4th grade when she joined a traveling team for Hudson Wisconsin. With traveling basketball, Ella faced challenges that made her second guess if basketball was for her. She pushed through those challenges and went to a basketball camp that reminded her of her love for the game and she decided to stick with it and work harder than ever before.

Ella has gone through the challenges that many middle schools and high school athletes face like not making the team they wanted, struggling with their confidence as a player, and training hard all year long. Read on to learn about how Ella combated these difficulties, made the AAU team she wanted, and is growing in a leadership role on her high school team.

AAU Basketball is a great way for players to fine-tune their skills in the off-season, play with different players, and compete against lots of different teams in various cities and even states in tournaments. It was a no-brainer for Ella to try out for a team when they heard that one would be starting in the same school district where Ella's dad worked.

Ella tried out for the team and made it. There was one twist, she would be playing with and against 8th graders as a 6th grader. Megan (Ella's Mom) and Logan (Ella's Dad) recall,

She was the littlest one out there, she was tiny then before she had her growth spurt. She hung in with the 8th graders and that was the same year we met Anthony with Dr. Dish" 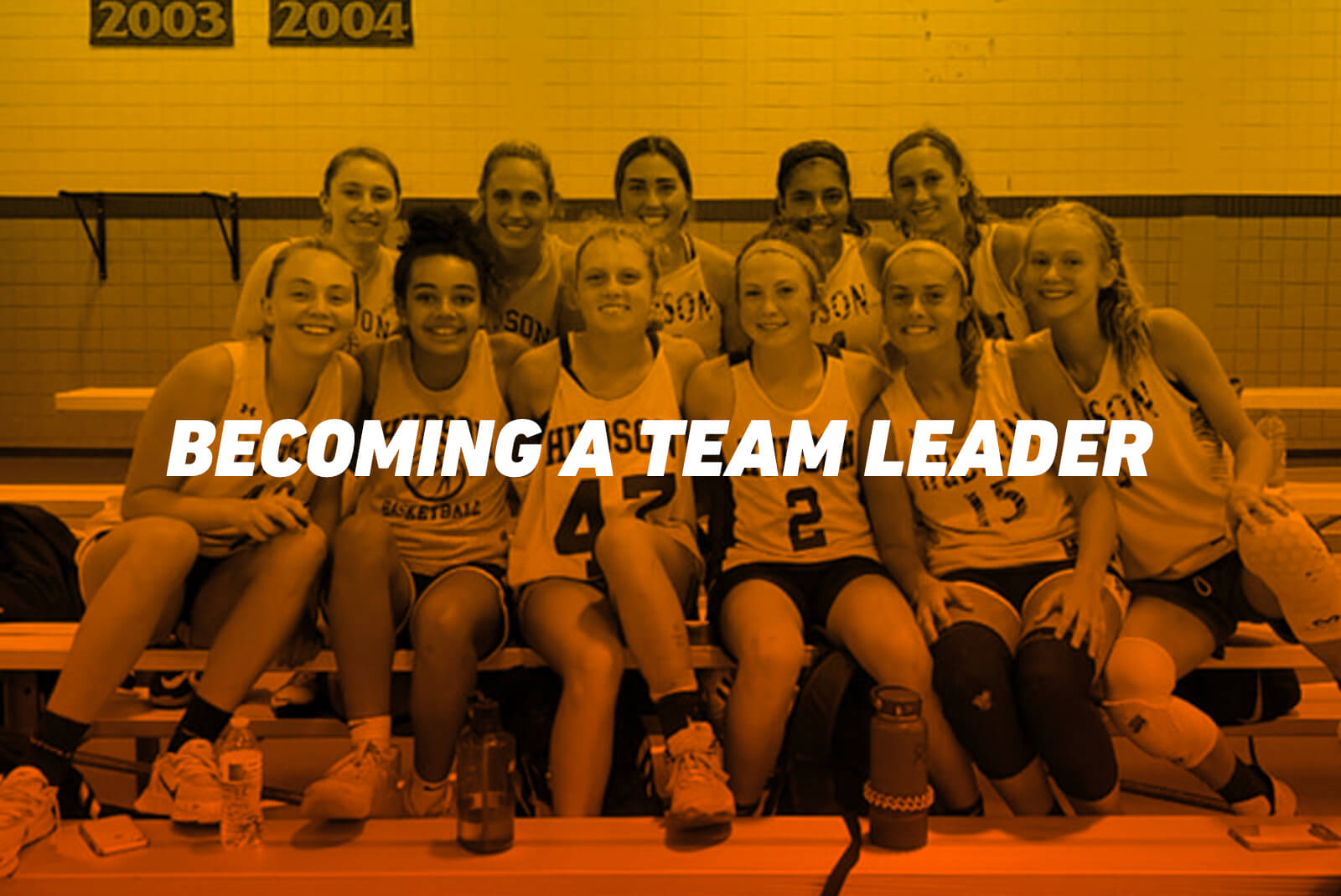 After meeting Anthony, the Carstensen's decided to get a Dr. Dish iC3 Shot Trainer to help Ella improve her arc, develop muscle memory, and get more shots up in a quicker amount of time.

Training in the Dish Lab

Coach Mason was able to pick out the pieces of Ella's game that she really needed to work on. The first warm-up drill he had her do on the Dish machine I was like, that's a worthwhile investment we need to look into." 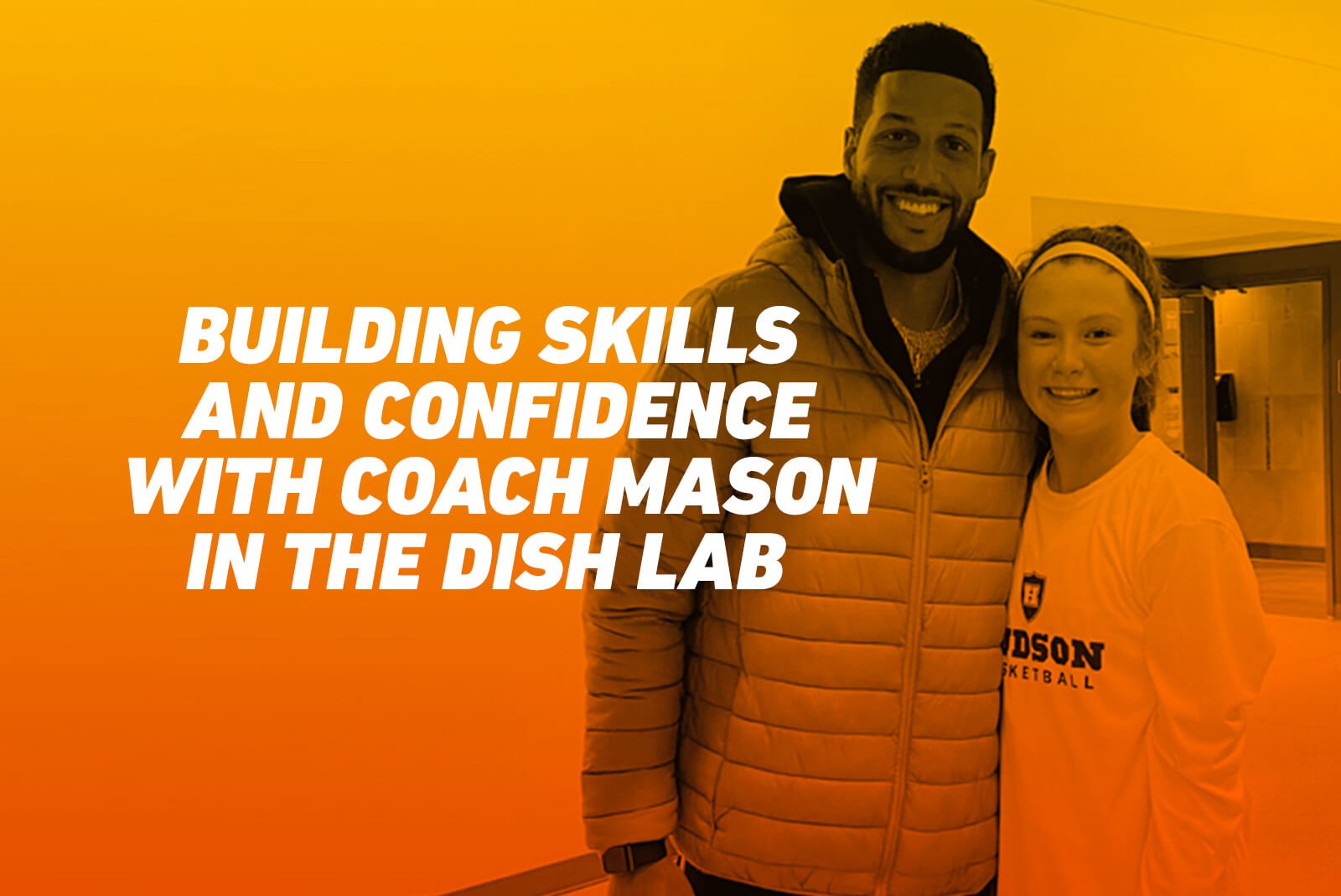 After training with Coach Mason for over a year, Ella's parents decided that getting a machine for their home would be a great investment in not only Ella's game but also her brother. They ultimately decided to upgrade their  iC3 Shot Trainer to a Dr. Dish CT machine so their kids would have the ability to,

Ella has another 2 years of high school basketball and her brother has 10 years of school ball left so they'll certainly get great use out of their machine. Once they decided to get the CT machine the next part was the hardest...keeping it a surprise until Christmas! Lucky for us, her parents were able to capture the magic of that day and Ella also got to do a special workout put together by Coach Mason. Check it out below!

Now, Ella trains with her CT at home and Coach Mason gets to assign workouts to her through our Training Management System (TMS) and see the progress with each drill through stat tracking. One of the drills Coach Mason has assigned is a 5 Star Shooting Challenge. This drill involves a ton of conditioning running from the corner to the opposite wing, wing, opposite corner, and top of the key. Coach Mason is then able to see Ella's stats after she completes the drill. Check out Ella putting in work on her CT below! 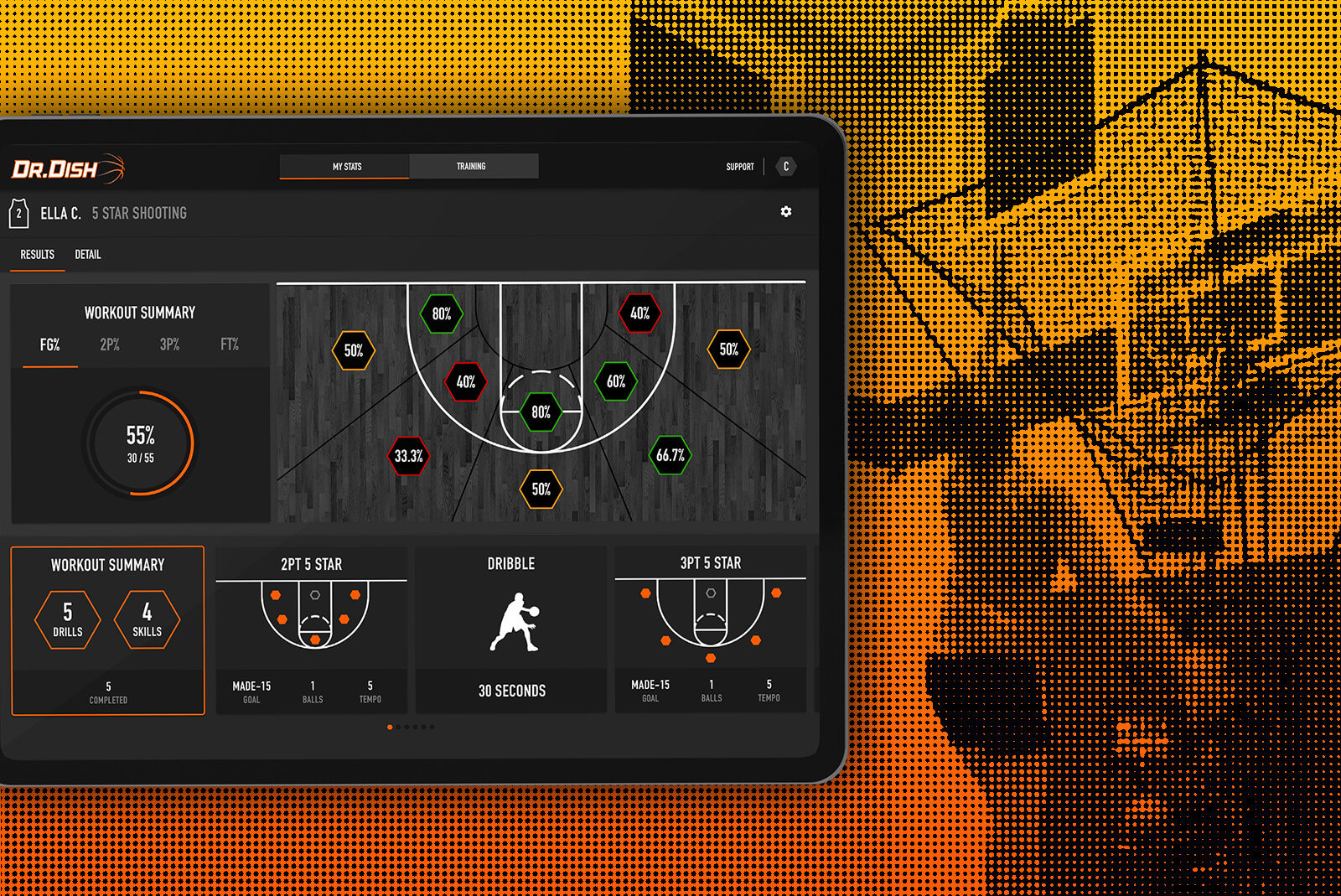 Ella's favorite trainer/coach in TMS is 4x WNBA Champion and D1 Women's Basketball Coach Lindsay Whalen. Lindsay has tons of drills that incorporate conditioning and getting a high volume of reps up. Ella has also enjoyed working towards the 10k shot club and creating her own drills that she's done with Coach Mason in the Dish Lab.

Since getting her machine, Ella has put up over 16,000 shots and has certainly seen improvement. Check out the stats and heat map below from late December 2020 to November of 2021. 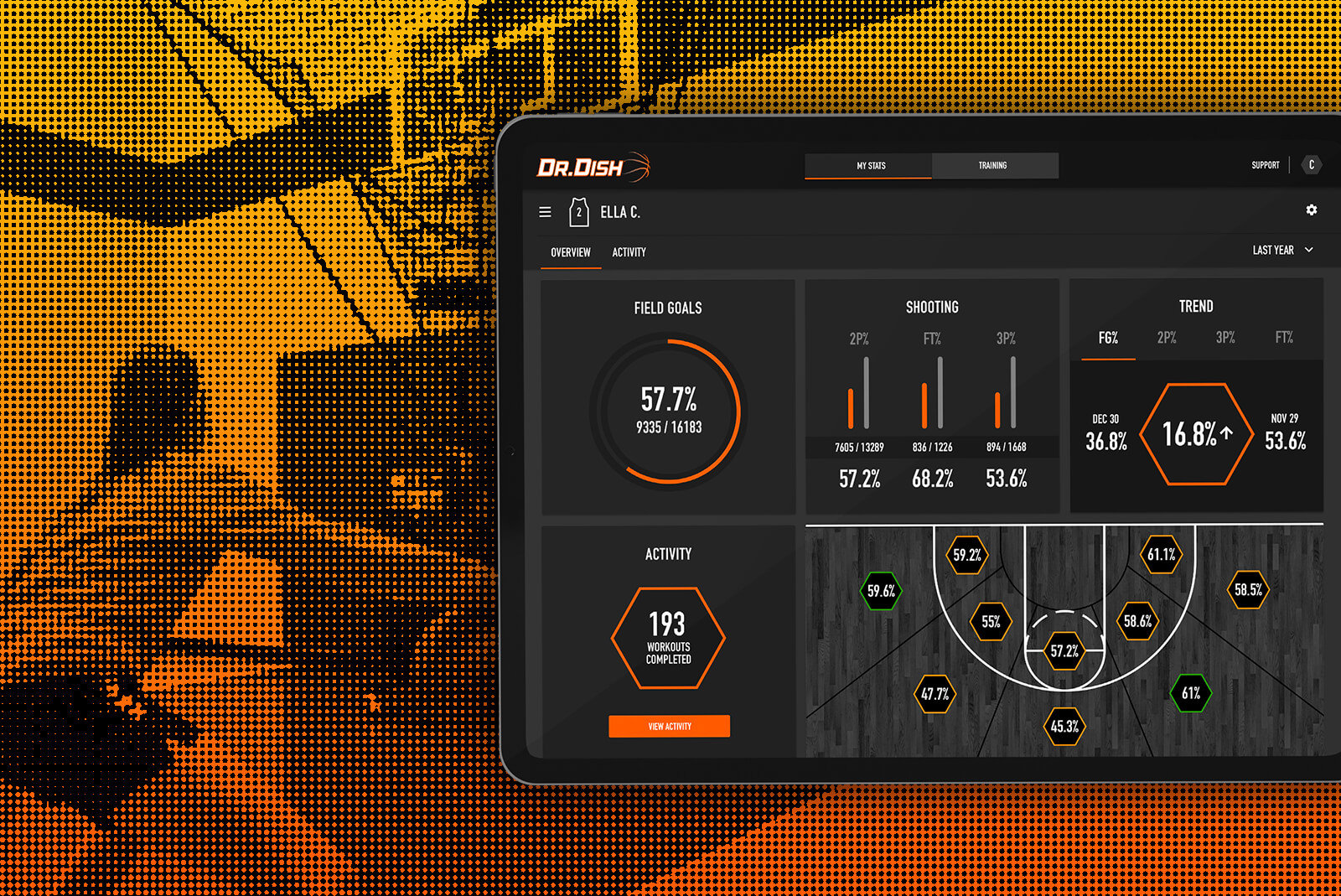 Ella has played AAU since 6th grade. She played with the Wave for 3 seasons. Each season she tried out for North Tartan which is one of only 32 grassroots Nike Clubs in the nation. They've had over 2,325 players come through its program and over 363 athletes have received college scholarships. Each year Ella was told that she didn't make the team. This only fueled her motivation to get better and she came back and made the upcoming season's team.

Ella's confidence in her game has grown tremendously. When reflecting on her development as a player her parents said,

The confidence that we've seen her gain on the court has helped developed her role into more of a leadership role. Even with being just a sophomore this year, we think that role will continue to grow for her."

Ella has noticed the change within herself not only as a player but also her mindset. She's even been able to help her teammates by bringing them over for training on her Dish machine. More recently she started handing out flyers to younger players to train with her on the Dish machine. Ella's advice to her younger self and younger athletes is,

Ella's parents have loved watching her passion for basketball grow, they've seen the struggles, and ultimately watched her overcome many of them as she has pursued her basketball goals. One piece of advice they'd give to parents is to,

Continue to provide opportunities to your kids when they really show a love for something whether is basketball, dance, singing...support them as best as you can and continue to guide them through the process. Our mindset is whatever the kids are passionate about we want them to do it.”

Ella is continuing to chase after her dreams of playing basketball in college. She gets in purposeful training each and every day. She also looks to inspire other athletes through social media on Instagram (@gain.forgod). We are excited to continue follow along Ella's journey and look forward to seeing her success and appearances in the Dish Lab Shooting Academy.